What Are Hair Restoration Options for African American Men and Women? 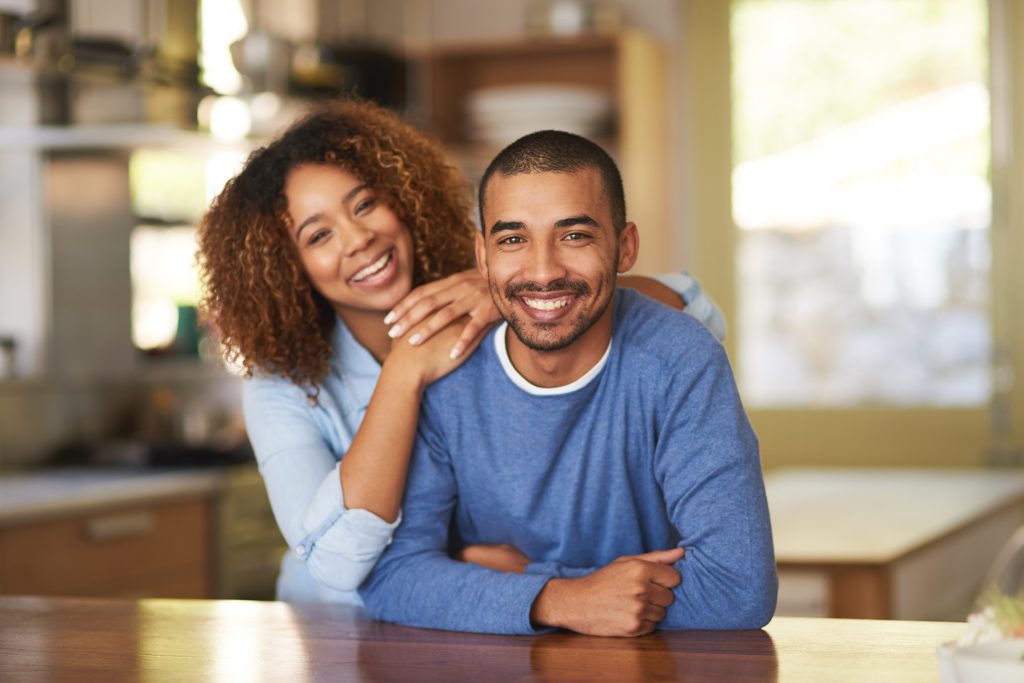 Are you wondering if you’re a good candidate for a hair transplant because you have curly hair? While an African American hair transplant can be slightly more difficult due to the curvature of the root, employing the proper techniques in expert hands can yield excellent results. At The Lumen Center, we understand the differences among different ethnic hair types and take care in utilizing special techniques to help Black males and females with hair loss. Hair loss can affect any ethnicity, and we specialize in hair restoration procedures on all hair types to produce natural-looking results.

Causes of Hair Loss in African American Men and Women

Androgenic alopecia (also known as male and female pattern baldness) is a genetic condition that causes pattern baldness and impacts men and women of all ethnic groups, including African American men and women. It is caused by an inherited sensitivity to the effects of androgens (male hormones) on scalp hair follicles. The hormones cause inflammation in the hair follicles, and a process called fibrosis destroys the hair follicles. The hair becomes weaker and thinner until it can’t grow at all.

Male pattern baldness typically follows a predictable pattern with a receding hairline that gradually forms a U shape. However, female pattern alopecia presents in various ways. Often, thinning hair in women happens all over the scalp, with more noticeable thinning in certain areas. Hair loss in women tends to occur toward the top of the scalp, with parts growing wider. 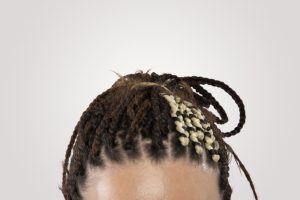 Traction alopecia is also a common condition in African American women, which causes hair loss from prolonged hairstyling. The constant pulling or tension from tight braids, weaves, hair extensions can pull the hair out or damage the follicle to the point that it atrophies and can no longer produce new hair strands. We treat African American patients with traction alopecia if the tension has been released for several months and hair still does not grow back. A hair transplant for black females can yield very successful results.

What Is the Solution to African American Hair Loss?

The Lumen Center offers the latest state-of-the-art hair loss treatments in Philadelphia with the ARTAS iX® Robotic and NeoGraft® Hair Transplant Systems. Both methods utilize follicular unit extraction (or FUE), the most advanced technique in the hair transplant industry. The FUE method of hair transplantation removes individual hair follicles from the scalp in their naturally occurring groupings of about 1-4 hairs. Then, we place the hair grafts in the recipient areas of the scalp where hair loss has occurred.

An FUE procedure is preferable for African American hair restoration because it harvests the hair follicle grafts individually and doesn’t produce a linear scar like more invasive hair transplants from a follicular unit transplantation (FUT) method. This point is significant because the FUE method allows you to wear your hair as short as you would like. Many African-American males prefer a close-cropped hairstyle, and it would be difficult to hide a scar from an FUT procedure. We take great care in harvesting individual follicular units to avoid keloid scarring, which is a concern on darker skin.

Can FUE Hair Transplants Work Successfully in Men and Women of African/Caribbean Descent?

African American Hair Transplant Before & After

From hair loss to a full head of hair, see the amazing transformations that can result from an FUE hair restoration procedure. 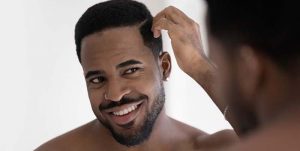 What Can You Expect During Your African American Hair Transplant Consultation?

Your hair restoration journey starts with a complimentary consultation with Dr. Andrew Kwak, founder and hair restoration surgeon. At the initial meeting, Dr. Kwak will perform your hair and scalp analysis to assess if you’re a good candidate for a hair transplant. The analysis includes determining how much donor hair you have available, the number of grafts needed, and the new locations of the transplanted hair follicles. He will draw a proposed new hairline and review your treatment options.

During the consultation, you can be certain that we will:

How Does the FUE Hair Transplant Process Work?

Hair restoration with the ARTAS or NeoGraft provides exact harvesting and placement, delivering repeatable results. Both systems use the Follicular Unit Extraction or FUE technique, and we use technology to identify your natural hairline and growth pattern. The difference between the two technologies lies in how the hair is extracted. The ARTAS iX system uses a high-definition stereoscopic vision system, robotic arm, and AI algorithms to identify and select the optimum hair follicles from the donor area for transplanting. The NeoGraft system utilizes a cutting-edge automated handpiece, also delivered with great precision and accuracy. The NeoGraft hair transplant procedure is FDA-approved and effective for African-American hair. Like the ARTAS system, benefits of the NeoGraft are that it has a short recovery time and is minimally invasive.

Dr. Andrew Kwak, hair transplant surgeon and founder of The Lumen Center, will numb your scalp before the hair extraction begins and again before the grafting or implantation occurs. Local anesthesia helps ensure that your hair transplant is as comfortable and pain-free as possible.

Using gentle suction and rotation, the FUE technology removes individual hair follicles from a donor site on the back of the head. We appropriately space the extraction of follicles so that the back of your head retains a healthy, thick look. We choose the most healthy, viable follicles for transplantation to the thinning or balding area, which are more likely to survive in a new area.

The hair follicles are now ready to thrive in their new location. After approximately 4-5 days, the hair follicles will begin to shed. Not to worry – this is a normal and expected part of the process. You are now well on your way to begin producing normal, healthy strands of hair.

Recovery after an FUE Surgery

FUE hair restoration surgery is relatively short since systems such as ARTAS and NeoGraft are minimally invasive (with no incisions) and use the latest hair transplant technology. You can usually go back to your normal activities after a few days, and the donor site will heal in approximately 7-10 days. New hair will begin to emerge from the transplanted follicles in 3-5 months, with full results one year after your procedure. View the hair transplant recovery and hair growth timeline and frequently asked questions for more information.

At Lumen, aftercare and post-procedure appointments are important to ensure you are progressing as expected after your hair transplant. We carefully monitor patients post-procedure and at regular checkpoints for up to a year. We’re with you every step of the way during your hair restoration journey.

Is an African American Hair Transplant Right for You?

At The Lumen Center, we understand the nuances of working with African American hair, and have special techniques and experience when harvesting and transplanting curly hair follicles. Dr. Kwak will show you how he blends his artistry with the best hair transplant technology for all ethnic hair types. It’s the reason he has performed many hair transplant procedures with stellar, natural-looking results.

To schedule your consultation today, please complete the form below or contact us. We look forward to meeting you and working with you to achieve your hair goals.